The whole world knows Russian linesman Tofik Bakhramov got it wrong in 1966. There are good places to make a mistake and bad places and the World Cup final with millions watching around the globe is not a good place.

With England drawing 2-2 with West Germany in the World Cup final at Wembley, Geoff Hurst pivoted and shot. The ball cannoned down off the crossbar onto the goal-line – photos prove it was not behind it – and back into play, but Bakhramov signalled a goal. A Russian linesman, German victims. Conspiracy theorists have had a field-day ever since.

This is the starting point for Martin Godleman’s Hammers Through the Looking Glass. He rewrites history, interweaving fact and fiction to show what might have happened, as opposed to what did.

Hammers Through the Looking Glass is a novel. Most novels disclaim any association with any real persons alive or dead. That is not possible in this case, for most names are real. Nevertheless, what follows is pure invention, and no slight is intended to anyone whose life in these pages turns out rather less rosy – thanks to Tofik Bakhramov’s fortunate blunder. 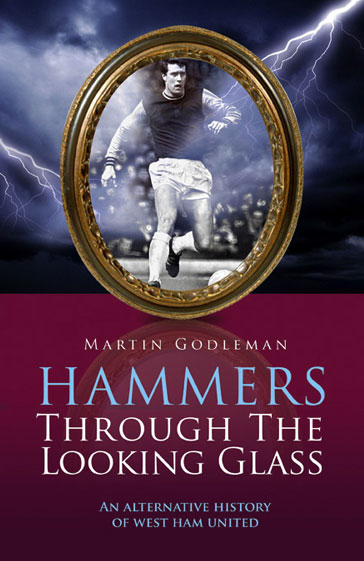